Young people like to read their favorite books over and over again. These are three of our favorites. Enjoy! 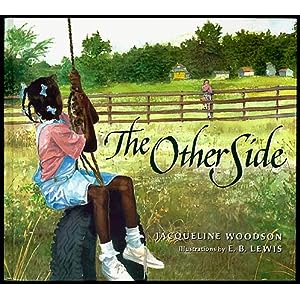 Illustrated by E. B. Lewis

A writer told me to read this book because it’s about racism, but there’s no mention of the word in the manuscript. A friendship develops across a racial divide. Clover, a black girl, lives beside a fence that segregates her town. Her mother tells her never to climb over to the other side because it isn’t safe.

On the other side, is a little white girl, Annie. Her mother also has told her not to climb over the fence.

The two girls see each other and introduce themselves one day. They don’t climb over the fence; they sit on it instead.

The last words leave hope that someone is going to tear down the fence one day. The illustrations in this book are absolutely gorgeous. I saw a presentation by E. B. Lewis, and he pointed out that the girls appear on separate pages at first and are separated by the seams. After they introduce themselves, they are always on the same page. Beautiful. 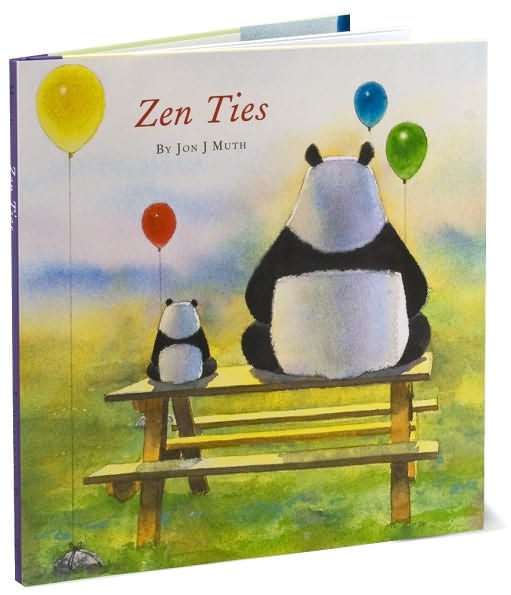 This is another library find, and it has so many messages within its pages. When summer arrives, Koo visits his uncle, Stillwater.  Koo, a haiku-speaking panda, learns how to conserve resources and help those in need. Stillwater encourages Koo, and his friends Addy, Michael, and Karl to help an elder neighbor, and their kindness is rewarded in ways they could never imagine.

Zen Ties is a story about thoughtfulness and shows children how they can touch lives.

Simone and Nadia always point out how Stillwater, the elder panda, is so much larger than Koo and the children in the book, and I can’t get enough of the haiku.

I will keep my cup

My Name is Celia/Me Llamo Celia

This is one of the many musical lessons Simone and Nadia learned when they attended a bilingual reading of My Name is Celia/Me Llamo Celia. Author Monica Brown and illustrator Rafael Lopez entertained a diverse crowd of parents and children with this vibrant book about the Cuban-born Queen of Salsa. Brown read in English, while Lopez read in Spanish. Azucar, or sugar, was one of the many Spanish words Simone and Nadia understood.

The book’s lyrical writing reveals the life of of Celia Cruz. She learns as a child in Havana that she has the gift for song, rhythm and dance, and she rises to worldwide musical acclaim. Celia shows how hard work overcomes adversity. For example, Cruz couldn’t participate in some singing contests because of the color of her skin. She didn’t let that stop her and was honored by presidents. In the end, she sold gold records, won Grammy awards and earned a star on Hollywood’s Walk of Fame.

I fell in love with the book, because the lines read like those often heard at poetry slams.

Close your eyes and listen, the book begins. My voice feels like feet skipping on cool wet sand, like running under a waterfall, like rolling down a hill. My voice climbs and rocks and dips and flips with the sounds of congas beating and trumpets blaring.