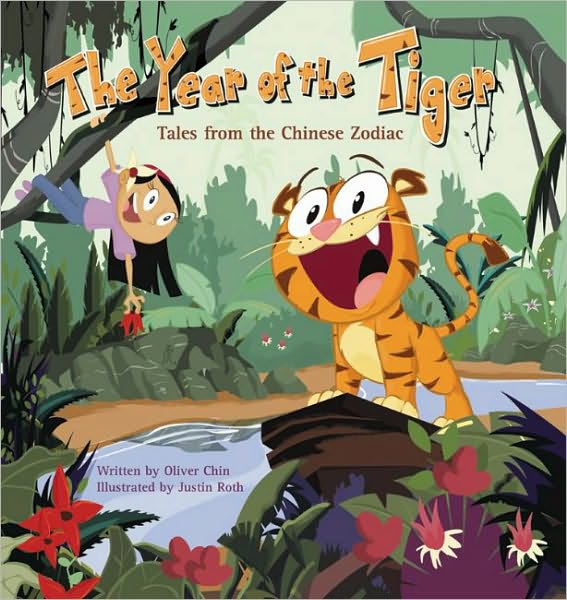 The Year of the Tiger: Tales from the Chinese Zodiac

Just in time for the Chinese New Year comes The Year of the Tiger: Tales from the Chinese Zodiac. It is an unlikely story about a cub who befriends a little girl named Su. Despite his parents’ warning, the cub named Teddy ventures to the edge of forest, where he sees Su. She is afraid of him at first and screams, prompting a hunt for the tiger. When the tiger’s learn of the hunt, they decided to move to a new part of the forest. Teddy, though, rushes back to see the girl one last time, and the adventure begins. She follows him into the forest, steps on a snake and falls over a cliff. By then, their parents are in pursuit of them both, following his roar and her cries throughout the forest. Teddy pulls Su to safety, and they prove the forest is big enough for man and beast and they join their parents together. The Year of the Tiger  is a story about friendship and how children can help bridge the divide. The book is filled with bright, colorful illustrations chocked-full of animals, and Simone and Nadia enjoying identifying them as I read. This library find also introduces children to the ancient tradition of the Chinese zodiac.